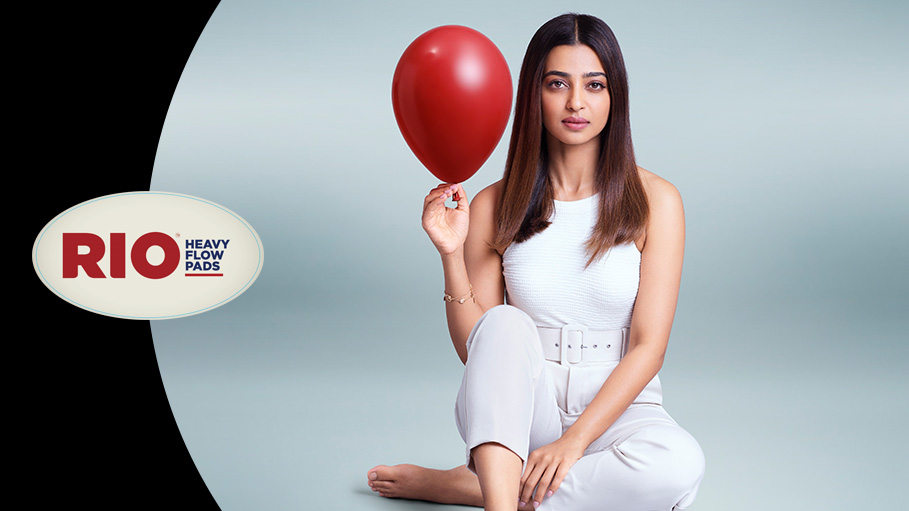 Boys vs girls. Blue vs pink. Blue cars for boys and pink barbies for girls. That’s what the Indian society now believes – blue for boys and pink for girls. The stereotype is so ingrained within the minds of the people that breaking it seems almost impossible. But here’s a surprise! Blue blood – only for girls, not boys.

Even with the taboo around menstruation and pads, there’s one thing that all of us know about – the blue blood used in sanitary pads’ advertisements. For decades, we’ve all got accustomed to such a stereotypical depiction of girls and menstruation. This poor imitation of reality not only is an advertising failure, but also a failure of the society to actually address a normal issue like periods.
Red blood is not inherently seen as bad for advertising, as can be proved through innumerable action movies and advertisements. However, red blood is bad when it comes out of the vagina of a girl – which is as much a part of the human body as any other. Somehow, the blue colour removes the ‘impurities’ of menstrual blood and makes the society comfortable. Somehow, the blue colour makes the topic of menstruation normal to talk about. But how can we be comfortable with a lie? When will the time when we can remove the impurities of our mindsets and not the blood?

The time is now. Breaking the age-old tradition, and along with it a lot of stereotypes is the new advertisement for Rio sanitary pads. Featuring Radhika Apte with a red balloon with dripping red blood, the advertisement begins in a non-conventional way. By depicting reality the way it is, it aims to normalise menstruation among the masses. Breaking the deafening silence around the blood flow and its troubles, the advertisement makes it known to the public.

Although the advertisement is not the first in the world to do so, it is the first in our country. In the past various foreign companies have used red blood in their advertisements for sanitary pads, including Kotex, Libra, and Bodyform to name a few. Taking a bold move, the Rio ads have been receiving their deserved appreciation. However, the refusal to air this advertisement by some channels, shows how much work still needs to be done.

An advertisement like this is just a start to break the steel strong stereotypes and taboo around menstruation and feminine hygiene. To actually bring about a change among the masses might require years if not decades. However, with such a bold start by the makers, the ball is in the court of the consumers. Let us all put a period to the silence around periods and cut the red tape around the actual red blood.